In logistic regression, the dependent variable is binary or dichotomous, i.e. it only contains data coded as 1 (TRUE, success, pregnant, etc.) or 0 (FALSE, failure, non-pregnant, etc.).

The goal of logistic regression is to find the best fitting (yet biologically reasonable) model to describe the relationship between the dichotomous characteristic of interest (dependent variable = response or outcome variable) and a set of independent (predictor or explanatory) variables. Logistic regression generates the coefficients (and its standard errors and significance levels) of a formula to predict a logit transformation of the probability of presence of the characteristic of interest:

where p is the probability of presence of the characteristic of interest. The logit transformation is defined as the logged odds: 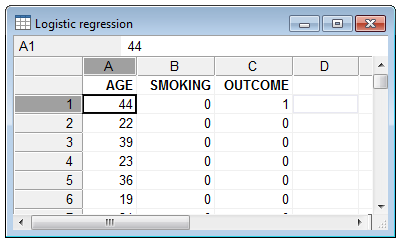 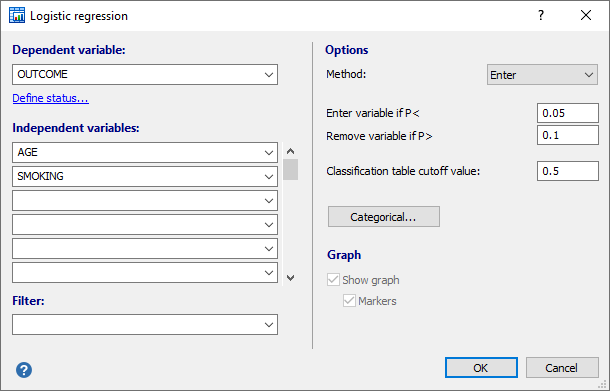 The variable whose values you want to predict. The dependent variable must be binary or dichotomous, and should only contain data coded as 0 or 1. If your data are coded differently, you can use the Define status tool to recode your data.

Select the different variables that you expect to influence the dependent variable.

A variable is entered into the model if its associated significance level is less than this P-value.