In this example we will fit a 4-parameter logistic model to the following data: 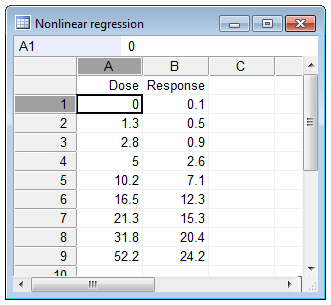 The equation for the 4-parameter logistic model is as follows:

which can be written as: 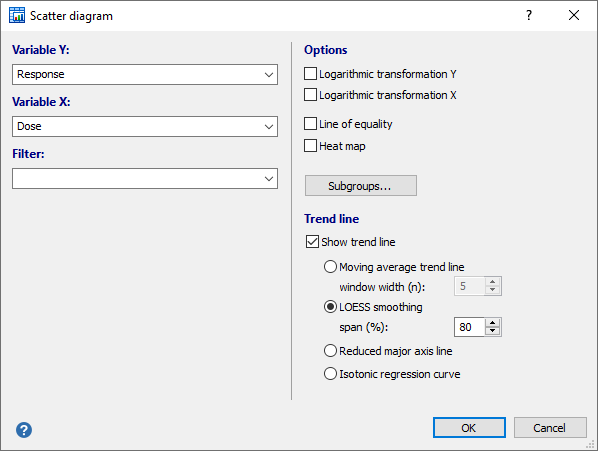 This results in the following scatter diagram:

From this graph we will be able to estimate initial values for the parameters of the 4-parameter logistic model (see below). 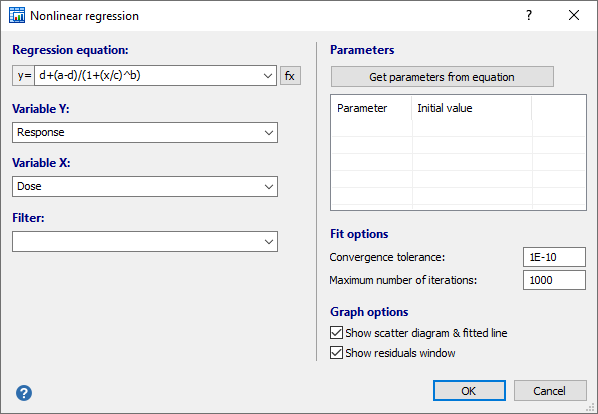 We leave the default values for Convergence tolerance and for Maximum number of iterations unchanged. We select the options to display a scatter diagram with fitted line and the residuals plot.

We click Get parameters from equation and MedCalc extracts the parameter names from the equation: d, a, c and b: 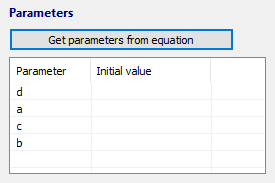 We now need to enter initial values or best guesses for the different parameters. The scatter diagram above is useful for finding the following estimates:

We can enter these numbers in the corresponding input fields: 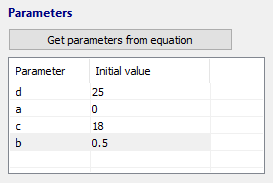 MedCalc provides some useful functions which can provide a general solution for establishing initial parameter values:

We can enter these formulae in the corresponding input fields: 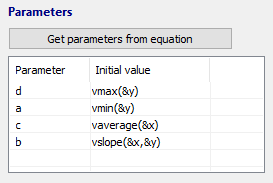 We are now ready to proceed and click OK. The result tables show that the procedures stopped after 72 iterations because the Convergence criterion was met, i.e. the software could not obtain a further reduction of the Residual standard deviation.

The program reports the sample size and the Residual standard deviation, followed with the regression equation and the calculated values of the regression parameters.

The F-test that follows the Analysis of variance table shows a P-value of less than 0.0001. The F-test is an approximate test for the overall fit of the regression equation (Glantz & Slinker, 2001). A low P-value is an indication of a good fit.

This graph displays a scatter diagram and the fitted nonlinear regression line, which shows that the fitted line corresponds well with the observed data: 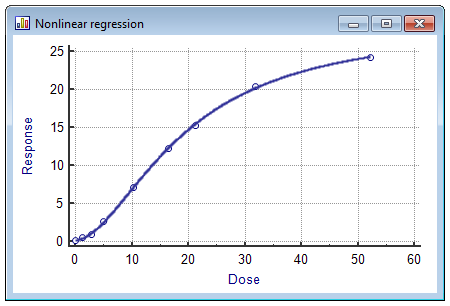 Our residuals plot does not show any outliers in the data and do not show a certain pattern. The residual plot therefore does not indicate a problem with our model. 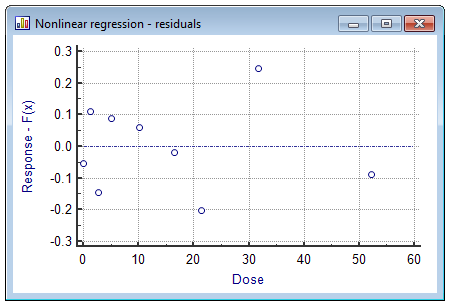