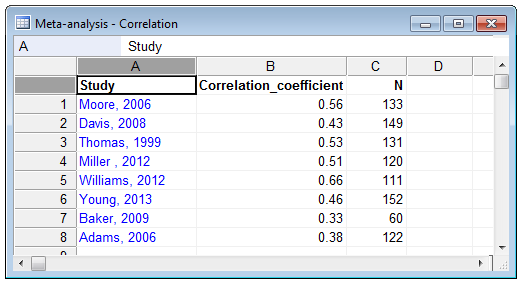 The dialog box for "Meta-analysis: correlation" can then be completed as follows: 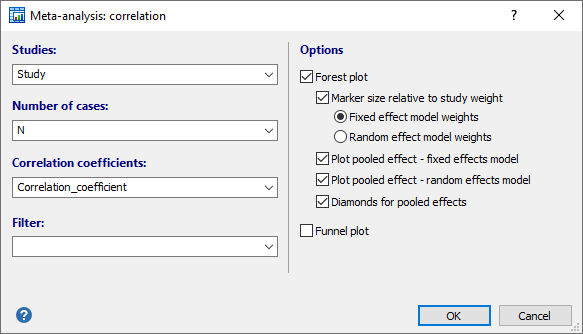 The program lists the results of the individual studies included in the meta-analysis: number of cases, the correlation coefficient with 95% CI.

The pooled correlation coefficient with 95% CI is given both for the Fixed effects model and the Random effects model.

The results of the different studies, with 95% CI, and the pooled correlation coefficients with 95% CI are shown in a forest plot: 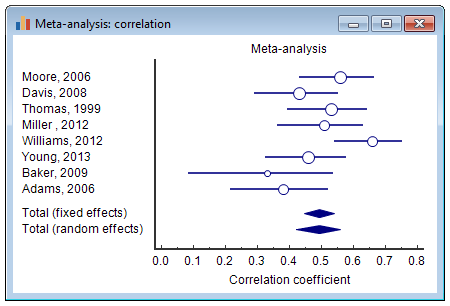