For meta-analysis of studies with a continuous measure (comparison of means between treated cases and controls), MedCalc uses the Hedges g statistic as a formulation for the standardized mean difference under the fixed effects model. Next the heterogeneity statistic is incorporated to calculate the summary standardized mean difference under the random effects model (DerSimonian & Laird, 1986).

The standardized mean difference Hedges g is the difference between the two means divided by the pooled standard deviation, with a correction for small sample bias:

where Γ is the Gamma function.

The dialog box for "Meta-analysis: continuous measure" can then be completed as follows: 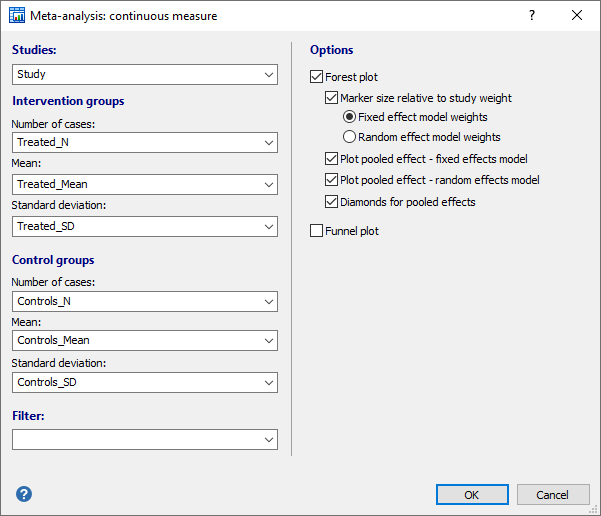 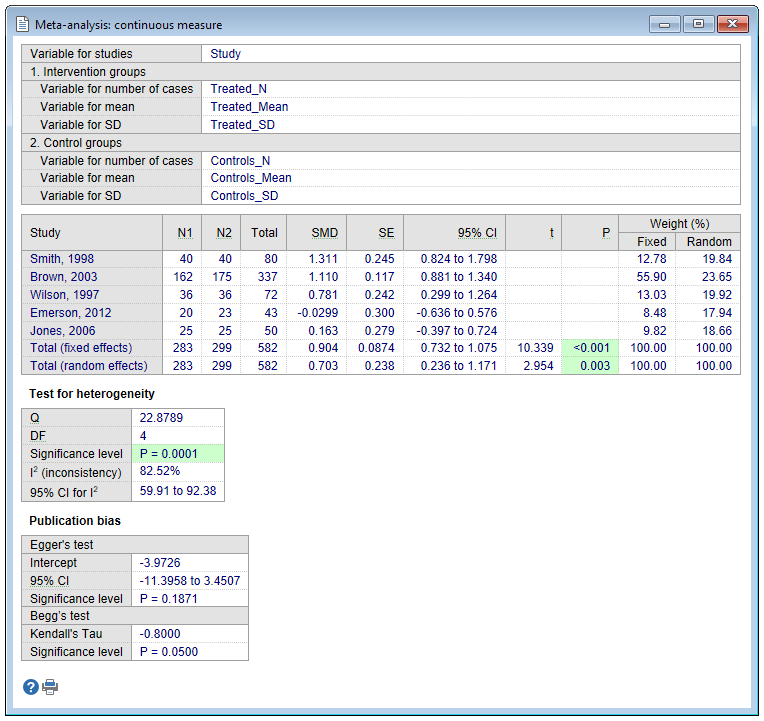 The program lists the results of the individual studies: number of positive cases, total number of cases, the standardized mean difference (SMD) with 95% CI.

The total Standardized Mean Difference with 95% CI is given both for the Fixed effects model and the Random effects model.

The results of the different studies, with 95% CI, and the overall standardized mean difference with 95% CI is shown in the following forest plot: