Test for one proportion

This test is not performed on data in the spreadsheet, but on statistics you enter in a dialog box. 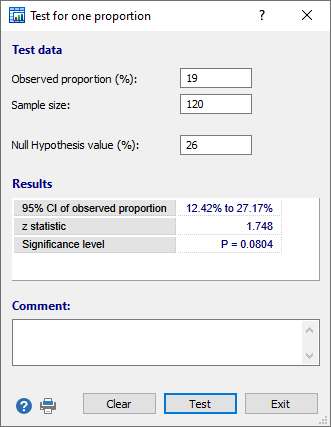 The significance level, or P-value, is calculated using a general z-test (Altman, 1991):

where p is the observed proportion; pexp is the Null hypothesis (or expected) proportion; and se(p) is the standard error of the expected proportion: