The dialog box for "Meta-analysis: relative risk" can then be completed as follows: 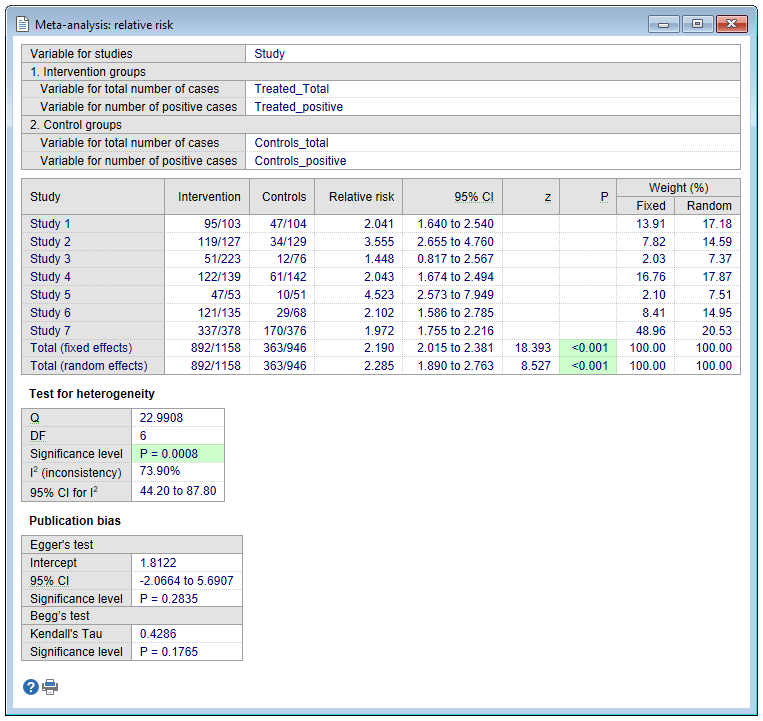 The program lists the results of the individual studies: number of positive cases, total number of cases, and the relative risk with 95% CI.

Note that when a study reports no events (or all events) in both intervention and control groups the study provides no information about relative probability of the event and is automatically omitted from the meta-analysis (Higgins & Green, 2011).

The results of the different studies, with 95% CI, and the overall effect with 95% CI are shown in a forest plot: 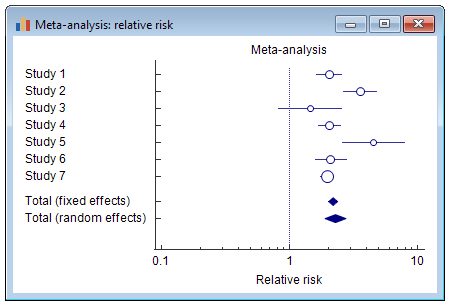 Note that the relative risks with 95% CI are drawn on a logarithmic scale.